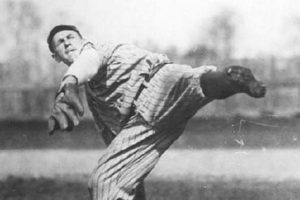 “Charlie Hustle” was back in the news recently, making his case for reinstatement. Pete Rose’s banishment from baseball is a saga that’s well known to most fans—the then-Cincinnati Reds manager agreed to a lifetime ban from Commissioner Bart Giamatti in 1989 after an investigation revealed that he had bet on his own team for years. His actions cast doubt on the integrity of those games and violated baseball’s cardinal rule against gambling, enacted after the 1919 World Series was tarnished by the Black Sox Scandal.

For the last quarter-century, it seems that no season can pass by without a mention of baseball’s all-time Hit King, the last player who was subject to the game’s ultimate punishment. Rose has made a loud and public call to have his name cleared and gain eligibility for the Hall of Fame, and his many supporters and fans have taken up the cause, in Cincinnati and beyond. Baseball’s new commissioner, Rob Manfred, has said that he will consider the possibility of reinstatement and plans to meet with Rose to discuss the case.

While it’s unlikely that Rose’s ban will be lifted anytime soon, he wouldn’t be the first Cincinnati Reds player to be “permanently” banned from baseball—and then reinstated years later.

The story of Ray Fisher is mostly forgotten today, but the Major League pitcher turned legendary college coach serves as a direct link between the Black Sox Scandal and Pete Rose’s Reds. Fisher spent his six decades in baseball purgatory dedicated to teaching the game to young players at the University of Michigan, few of whom knew about the harsh punishment he was serving in silence. Fisher’s case provides an important precedent for Rose in his hope to be restored to baseball’s good graces. He’s also a prime example of how baseball’s “permanent” bans are sometimes anything but.

Ray Fisher was a rare breed during the Deadball Era, an educated ballplayer who graduated from Middlebury College in his native Vermont before making his Major League debut with the New York Yankees in 1910. The right-hander developed a hard-breaking spitball to go along with an effective fastball, and occasionally he placed among the American League leaders in ERA and shutouts. After a few seasons plagued by a tuberculosis-related illness and military service during World War I, he was acquired by the Cincinnati Reds in 1919.

Behind a deep pitching staff and a well-balanced offense, the Reds won their first NL pennant, as Fisher posted a 14–5 record with a 2.17 ERA. In the World Series against the Chicago White Sox, Fisher started and lost Game 3 against “Honest” Dickey Kerr, the only Chicago starting pitcher during the series who wasn’t conspiring with gamblers to lose to the Reds. Cincinnati won the best-of-nine affair, five games to three, without much trouble.

Fisher’s troubles were just beginning, however. Before the 1920 season began, baseball’s powers-that-be banned the spitball, Fisher’s best pitch. The Reds were allowed to select two pitchers to continue throwing the wet one, and Fisher was on their list. But at the age of 32, he knew his playing days were numbered, and he began to keep an eye out for potential employment after baseball. Earlier in his career, he had gone back to Middlebury College in the offseason to teach physical education, and some sportswriters “delighted in calling him ‘the Vermont schoolmaster’” after they found out.

In the meantime, Cincinnati owner August “Garry” Herrmann offered Fisher a $3,650 salary for 1920, a raise of just $150 following the team’s championship season. An insulted Fisher, ready to quit the team, gave Herrmann an ultimatum, and the owner relented, boosting the pitcher’s compensation to a more respectable $5,500.

But Fisher was serious about looking for a new job, and when the Reds traveled to New York for a series against the Giants while the St. Louis Cardinals were across town to play the Brooklyn Dodgers, he introduced himself to Cardinals Manager Branch Rickey. “He was an amazing person,” Fisher recalled later. “Even though I didn’t know him . . . he knew all about my pitching and what I had done.” Rickey had recently recommended his former player Del Pratt for a coaching job at the University of Michigan, Rickey’s alma mater. When he learned that Fisher was also interested, Rickey put in a good word for him too.

Fisher finished out the season with the Reds, going 10–11 with a 2.73 ERA in 33 games. But when Herrmann was late in sending out his contract for 1921, and then tried to cut his salary by $1,000, Fisher had had enough. In spring training, Pratt stepped down as Michigan’s coach in order to return to the Major Leagues, and Fisher immediately applied for the job. He got permission from Reds Manager Pat Moran to travel to Ann Arbor for an interview. (Moran later refuted this claim, but it was widely reported in the newspapers at the time.)

The Reds were in dire need of dependable pitching, so Herrmann made a last-minute offer to restore Fisher’s salary to its 1920 level; Fisher countered by asking for a multi-year deal, which the Reds owner declined. Fisher reportedly ended their meeting by picking up the phone in Herrmann’s office and calling Michigan’s athletic director to accept the job on the spot.

Enter Judge Kenesaw Mountain Landis, who was a few months into his tenure as baseball’s first commissioner. He had been hired by the owners in November 1920 after the exposure of the Black Sox Scandal had rocked baseball and destroyed the credibility of the sport’s former governing body, the three-man National Commission chaired by none other than Garry Herrmann.

Landis needed Herrmann’s influential support as he began to establish his authority over the game. After Fisher took the job at Michigan, an infuriated Herrmann placed him on the “ineligible” list instead of the “voluntarily retired” list for breaching his contract. Fisher arranged a personal meeting with Landis to give his side of the story. But Landis backed up the Cincinnati boss—then notified Fisher that he was on the ineligible list permanently. He cited the fact that Fisher had only given his team seven days’ notice of his intention to quit instead of the 10 days that his contract required. He also was upset by newspaper reports that Fisher was negotiating to play with an outlaw team in Pennsylvania.

Fisher was a veteran pitcher who had competed with honor against the Black Sox in the 1919 World Series. But he now found himself on the sidelines along with them, never to play Major League Baseball again.

Fisher was not the only player in that era to abruptly quit playing baseball because of a salary dispute or a more lucrative job opportunity. Future Hall of Famer Frank “Home Run” Baker of the Philadelphia A’s had even sat out an entire season, forcing Manager Connie Mack to trade him to the Yankees. But no one could provide an adequate explanation for Fisher’s harsh punishment. Landis’s biographer, J. G. Taylor Spink, publisher of The Sporting News, called it a case of “judicial caprice.” Indeed, Landis was notorious for his heavy-handed decisions in his previous career as a federal judge—most famously, a record-setting $29 million fine he levied against John D. Rockefeller’s Standard Oil in 1907—and many of his judgments were reversed or thrown out by higher courts.

As baseball commissioner, Landis was the highest court. He had full authority to make decisions he felt were in the best interests of the game. Fisher, like the Black Sox players, had nowhere else to appeal.

What made Fisher’s situation unique is that Landis did show leniency to other players who had been banned for similar crimes. In 1922, the commissioner reinstated former Cleveland first baseman Joe Harris, who had been placed on the ineligible list when he turned down the Indians’ contract offer to play for the same outlaw team in Pennsylvania that had approached Fisher. Landis also allowed “Honest” Dickey Kerr—Fisher’s opponent in Game 3 of the 1919 World Series—to return to the White Sox in 1925 after his salary dispute with owner Charles Comiskey resulted in a three-year absence from organized baseball.

By then, Fisher was firmly entrenched as Michigan’s head baseball coach, a position he held for 38 years. He led the Wolverines to 14 Big Ten Conference titles and the College World Series championship in 1953, finishing his legendary career with a .694 winning percentage (661–292). About 20 of his players went on to play in the Major Leagues, including Charlie Gehringer and Dick Wakefield. As a freshman football coach and assistant basketball coach, Fisher also coached a young Gerald R. Ford and Heisman Trophy winner Tom Harmon. He also integrated Michigan’s baseball team two decades before Jackie Robinson joined the Dodgers.

Fisher was showered with accolades after his retirement from coaching in 1958. He was elected to Michigan’s Sports Hall of Fame in 1959, and the university’s ballpark was renamed Ray Fisher Stadium in 1970.

Fisher remained on Major League Baseball’s official blacklist the entire time. But who could tell? Enforcement of his ban was almost nonexistent, especially after Judge Landis’s death in 1944. When the Milwaukee Braves (and later, the Detroit Tigers) asked him to be a pitching instructor during spring training in the 1960s, no one stopped him. Some years earlier, the MLB office had even mailed him a lifetime pass to attend games at any ballpark, a perk afforded to all players with at least 10 years of service.

In 1980, when the old coach was 93 years old, University of Michigan history professor Donald Proctor reexamined the circumstances of Fisher’s banishment and learned that he had never been properly reinstated. Many letters were sent to then-commissioner Bowie Kuhn, including one by President Ford, asking for Fisher’s name to be cleared. Kuhn responded, “We consider Mr. Fisher to be a retired player in good standing,” finally putting to rest an unjust punishment that had stood for six decades.

Fisher made his final public appearance in the summer of 1982, when he was honored at Yankee Stadium on Old Timers Day, along with Joe DiMaggio, Mickey Mantle, Yogi Berra, and others. He was, at the time, the oldest living Yankee, the oldest living Red, and the oldest player who had appeared in a World Series. Fisher died in Ann Arbor three months later at the age of 95.