In part 4 of his five-part series on the MLB draft, Rob Neyer describes how the rising cost of bonuses helped the Yankees sign Derek Jeter in the 1992 draft. 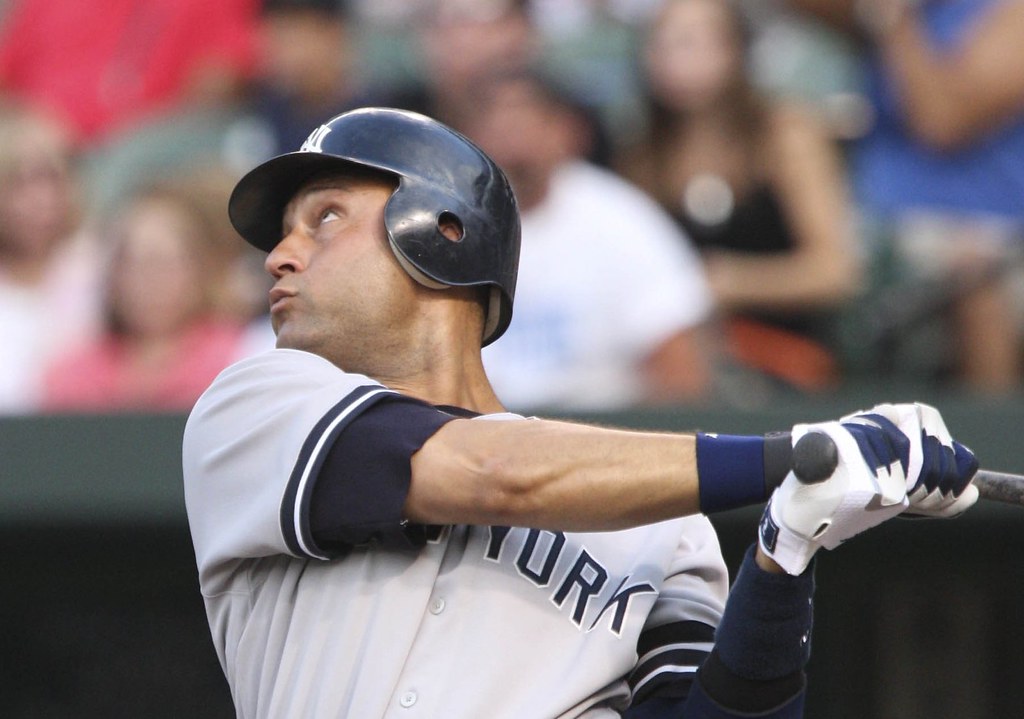 That’s how the story goes, anyway.

For as long as the draft had been around, teams had been passing up players or, more often, drafting but failing to sign them—because of money. It wasn’t until 1992, though that signabilitybecame not only an internal concern for clubs, but (as Baseball America has observed) a buzzword in the business and media.

In a sense, you might argue that Scott Boras is responsible for Derek Jeter becoming the most beloved Yankee since Mickey Mantle—even though the super-agent never actually represented Jeter.

By the late ’80s, the cost of doing business with the top draft picks had escalated, but $200,000 still seemed an enormous amount for a signing bonus, with only a few players in 1988 reaching that level.

That changed in 1989, with the average first-round bonus jumping nearly 25 percent from just the year before. But that was nothing compared to 1990, when the average bonus jumped 43.5 percent from ’89—and that didn’t even include the $700,000 guaranteed for A’s first-rounder Todd Van Poppel, whose $500,000 bonus was tied for largest in the draft.

That was nothing compared to 1991. For the first time since 1967, when they drafted Ron Blomberg, the New York Yankees owned the first pick in the draft (thanks to having the worst record in the American League in 1990—67–95). The Yankees coveted, as everyone else did, a 19-year-old pitcher from North Carolina named Brien Taylor.

At the very last minute—okay, a few hours before the deadline, but nearly three months after the draft—Taylor signed with the Yankees for more than $1.5 million, shattering the previous record. Meanwhile, the fifth and sixth picks in the draft, Kenny Henderson (Brewers) and John Burke (Astros) didn’t sign at all.

A year later, the Yankees were just emerging from the doldrums of the early ’90s and owned the sixth pick in the draft. The Astros, who’d failed to sign their first-round choice a year earlier, owned the first pick, followed by the Indians, Expos, Orioles, and Reds.

The Yankees wanted a high school shortstop from Michigan named Derek Jeter. As Yankees scout Dick Groch later said, “When you look in the window of a jewelry store, it doesn’t take long to see that big ring. If you’ve been in it as long as I had, you know the difference between going to the Kentucky Derby and the county fair.”

He concluded his final report on Jeter with this: “A Yankee! A Five-tool player. Will be a ML Star! +5!!”

But there were those five other teams drafting ahead of the Yankees. Hal Newhouser, a Hall of Fame pitcher and the Astros scout who had been tracking Jeter closely, was convinced he was the top player in the entire draft.

It’s since been said that Astros owner John McMullen elected to draft college star Phil Nevin because Jeter’s agent was asking for at least $750,000—which was $50,000 more than McMullen was willing to spend (and indeed, Nevin signed for $700,000 on the nose).

There’s probably some truth in that! What’s also true is that high-ranking Astros executives were high on Nevin—who seemed just a year or two from being ready for the Major Leagues—and that the Astros already had a couple of hot shortstop prospects in their system.

When Newhouser got the phone call about Nevin, he reportedly quit immediately. As his wife later recalled, “After Houston didn’t draft Derek Jeter, he didn’t spend another day in baseball. Not one.”

It’s worth mentioning that the Astros were hardly the only team that missed out. The Indians and Expos drafted college pitchers Paul Shuey (who panned out, sort of) and B. J. Wallace (who didn’t), and the Orioles and Reds drafted college outfielders Jeffrey Hammonds (who panned out, sort of) and Chad Mottola (who would eventually hit four home runs in the Major Leagues, and 249 in the minors).

So that’s how 17-year-old Derek Jeter was still available with the sixth pick in the draft, and that’s how Jeter spent his entire 20-year career with the Yankees, and that’s how in 2020, he’ll join Newhouser in the Hall of Fame.

Meanwhile, Nevin wound up with a decent-enough career, although nearly all of that came with the Padres, for whom he starred for six seasons. Earlier, the Astros had given up on Nevin, trading him to San Diego for (as it turned out) a few innings of veteran relief pitcher Mike Henneman.

Aside from Jeter, the best players drafted in 1992 were Johnny Damon (Royals, 35th pick), Jason Giambi (Athletics, 58th) and Jason Kendall (Pirates, 23rd)—with Shannon Stewart (Blue Jays, 19th) arguably coming in fifth, distantly. Damon, by the way, had been considered perhaps the No. 1 high school prospect in the country before his senior season. But he somehow batted just .305 as a senior, which is how he fell as far as he did. And the Royals were not thrilled to discover, before signing Damon, that he was being “advised” by Scott Boras, who did his best to convince Damon and his family that his bonus should be based not on what he’d done as a senior, but on his status as a No. 1 prospect before that season. Which the Royals weren’t buying. Ultimately they topped out at $250,000, and Damon—13 hours into serious negotiations in Damon’s home—finally signed the deal.

According to Royals scout Art Stewart, when Boras found out the next morning, he tried to convince Damon to back out of the deal. But Damon had given his word, and he told Boras, “I’m happy with what the Royals have given me and if you want to represent me in the future, that’s great. If not, that’s OK too.”

As Stewart says, what could Boras do? Over the next 20-odd years, Boras’s percentage of Damon’s large contracts brought him millions of dollars.

Finally, here’s my favorite bit of trivia about the ’92 draft, via Baseball America’s Ultimate Draft Book: “The Dodgers didn’t have a first-round pick in 1992, but still spent a then-draft record $2.483 million on their draft picks. Their payoff?  Four Major League at-bats from fourth-rounder Keith Johnson, playing for the Angels.”