In the year 2000, Lee Blessing’s play Cobb opened in New York and immediately attracted attention by provocatively placing another man into the context of Ty Cobb’s combative and talented life.

In the play, Oscar Charleston—who played for 10 teams in the Negro Leagues between 1915 and 1954 and was known, among other things, as the “black Ty Cobb”—came on stage at the beginning of the play and proclaimed that nobody really knows anything about him, and because he was always compared to Cobb, he will become the interpreter of Cobb’s life.

As the play progresses, Charleston haunts and taunts Cobb, reminding him that the Negro Leagues also had Hall of Famers like Josh Gibson and Satchel Paige. How, Charleston asks, could Cobb call himself the best without having gone up against them? And, more to the point, against him.

When Cobb opened in Pittsburgh, the actor who played Charleston told the Post-Gazette that he had done some research on his character and concluded that Charleston was just as combative and driven as Cobb, adding, “I don’t know that I would have liked him.” Charleston was not the “black Ty Cobb,” but rather, as one writer put it, Cobb was the “white Oscar Charleston.”

The play relies on the fact that nobody seems to know much of anything about this man who ended his career with a lifetime batting average believed to be in the neighborhood of .375 (Negro League statistics are sketchy at best) and who, in 1976, was elected as the 157th inductee and seventh Negro Leaguer enshrined in the National Baseball Hall of Fame. He died 60 years ago in Philadelphia, on October 6, 1954, just short of his 58th birthday.

Oscar McKinley Charleston was born in Indianapolis in 1896. He broke into baseball in 1912 when he ran away from home and joined the U.S. Army, playing with the Negro 24th Infantry in the Philippines. He was only 15 years old, but that was old enough to enlist in those days. After a stint as the only black player in the Manila League, he returned to his hometown, where in 1915, he signed with the Indianapolis ABC’s at a salary of $50 per month.

At the end of that rookie season, Charleston ended up in a shoving match in which he punched an umpire and was charged with assault. He apologized but had set the tone for a career in which he was both feared and fearless. James “Cool Papa” Bell told John Holway, a historian of the Negro Leagues, that he once saw Charleston rip the hood off a white-robed Ku Klux Klansman and then dare him to say something. Ted Page, who played with Charleston, gave Holway an eyewitness account of a brawl in the Cuban League that ended when Charleston duked it out with members of the Cuban Army who had come on the field to subdue him. “There were a dozen or more soldiers,” Page recalled, “and he stretched them all over the park, just laying them out.”

A 6-foot-1, 180-pound, left-handed power hitter and speed demon, Charleston played so shallow in center field that opponents accused him of being a fifth infielder. On an army track team in the Philippines, he once clocked 23 seconds in the 220-yard dash. In addition to his ability to stop a ball hit over his head, he ranged far to his left and right, enabling the other outfielders to play closer to the foul lines. “Oscar was the only player I’ve ever seen who could turn twice while chasing a fly and then take it over his shoulder,” said teammate Elwood “Bingo” DeMoss. “He had an uncanny knowledge of judging fly balls.”

Upon Charleston’s election to the Hall of Fame, his sister recalled one catch that was so spectacular the game had to be stopped while Charleston picked up money thrown onto the field by grateful fans. Bell said that when Charleston had the opportunity, he would catch a ball “acrobatically,” doing backflips before making routine catches.

The powerful sharp-eyed Charleston hit for both average and distance, and while always dangerous, he was at his best in the clutch. He was also a star in the Cuban League winter ball, which he played annually from 1920 through 1930. These stints served to make him an almost-mythic figure in Latin America, with huge followings in Cuba and Venezuela. Occasionally during his prime playing years, the color bar was lowered enough to allow the Negro Leaguers to face Major League teams in exhibition series or as barnstormers in games played in the States or in Latin America. Charleston batted .318 with 11 home runs in 53 games against Major Leaguers. In a five-game series against the St. Louis Cardinals in 1921, he hit five home runs and batted .458. Legend has it that on three occasions during that series, he reached first, informed the Cardinals pitcher that he would steal on the next pitch, and succeeded in all three cases.

Although Charleston played against many of his white contemporaries in the Hall of Fame, there were some who opted out of a chance to play against his teams. In 1922, Charleston’s Indianapolis ABC’s challenged the Detroit Tigers to a three-game series. Only Cobb chose not to make the trip. These events allowed the best Major League managers and writers to see Charleston in action. John McGraw, New York Giants manager from 1903 to 1933, once said, “If Oscar Charleston isn’t the greatest baseball player in world, then I’m no judge of baseball talent.” And sportswriter Grantland Rice wrote a column on Charleston titled “No Greater Ball Player.” In it he stated, “It’s impossible for anybody to be a better ballplayer than Oscar Charleston.”

For those who played with him, the praise is equally impressive. “Oscar Charleston was Willie Mays before there was a Willie Mays,” 102-year-old Theodore Roosevelt “Double Duty” Radcliffe said shortly before his death in 2005, “except that he was a better base runner, a better center fielder and a better hitter.” Satchel Paige called Charleston “Top man—the most.”

In 1945, Charleston went to work for Branch Rickey as manager of the Brown Dodgers of the short-lived United States League, an experimental league of six teams formed as cover for scouting Jackie Robinson and other African-Americans. In this role, Charleston urged Rickey to sign a genial and talented young catcher named Roy Campanella, who would follow Robinson into the Hall of Fame.

When Robinson joined the Brooklyn Dodgers in 1947, it was the beginning of the end for the Negro Leagues. As the Negro Leagues’ talent slowly migrated to the Majors, their fans followed. In 1951, as manager of the Negro Philadelphia All-Stars, Charleston witnessed the unraveling as a doubleheader at Shibe Park was canceled because there were only 15 people in the stands, 10 of whom were white scouts.

Charleston’s last baseball job was as manager in 1954 of the Indianapolis Clowns, a barnstorming remnant of the Negro Leagues that had sent Hank Aaron to the Boston Braves two years earlier. With Charleston at the helm, the Clowns were crowed champions of the depleted league.

Charleston died of a heart attack and stroke that October. John Holway noted that Charleston’s death, “like his life, went virtually unreported in the white press, which remained, to the end, almost thoroughly ignorant of the man who may have been the greatest baseball player of all time.”

Recognition has been slow in coming. In 1999, a panel’s vote for an All-20th Century baseball team, ranked Charleston 30th out of 34 outfielders. But in his New Baseball Historical Abstract, last published in the spring of 2003, Bill James, the man who has given new dimensions to the gathering and interpretation of baseball numbers, ranked Charleston as the fourth best player of all time after Babe Ruth, Honus Wagner, and Willie Mays. In discussing center fielders, James says that Charleston put two great center fielders together, combining Willie Mays’s grace and athleticism and the upper-body strength of Mickey Mantle.

And who was right behind Charleston in James’s book? Ty Cobb. 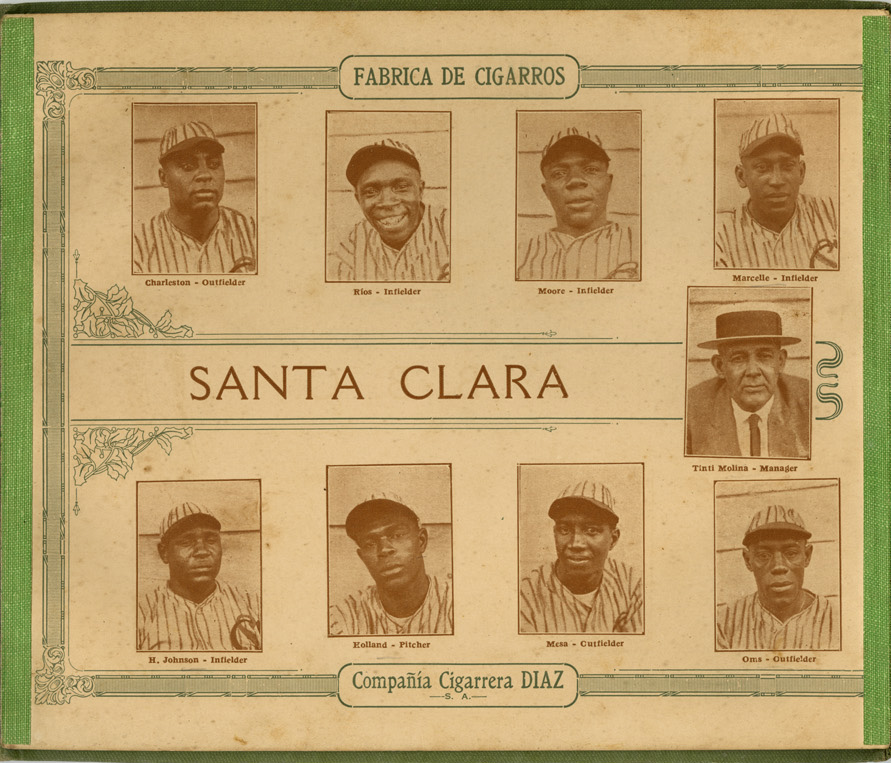